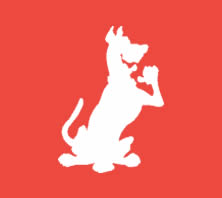 Hanna and Barbera, two indispensable names, two designers who with their artistic association have created some of the most beloved cartoon protagonists. From their pencils were born characters such as Scooby-Doo, the Flintstones, Top Cat, Hong Kong Phooey, Muttley and Dick Dastardly; ironic, funny and eccentric, contributed with their adventures to the success of the American film production company created in 1956 by the two cartoonists-producers. The popularity obtained by the animated series, designed and produced by Hanna and Barbera, has inspired a merchandising that includes among the proposals gadgets and accessories of all kinds, for children and adults suffering from the syndrome of 'Peter Pan'. Among the funniest cartoons of all time it is worth mentioning Wacky Races, the series that revolves around the craziest car races in the world; improbable circuits, crazy drivers with little sports behavior and unsuitable cars, mixed with gags full of humor, have led to the success of the US series produced in the late 60s. Difficult to choose among the eleven participants the most extravagant ones; Penelope Pitstop aboard the Compact Pussycat, The Bouldermobile piloted in a way rather 'crafted' by the brothers Slag and the wicked couple composed by Dick Dastardly and the legendary dog Muttley are probably the characters who for their peculiarities are present on t-shirts, patches, posters and accessories. On the online store, within the category Hanna and Barbera, Flintstones lovers will find action figures of Fred, Wilma, Barney and Betty, the crazy protagonists of the animated series set in a prehistoric made of dinosaurs and stone machines. Another character loved by children is Scooby-Doo, the cowardly Great Dane who, together with Freddy, Shaggy, Daphne and Velma, works to solve crimes and misdeeds on behalf of his own investigative agency 'Mistery Inc.'. To him and to characters like Top Cat and Hong Kong Phooey, the Hanna and Barbera section of the store dedicates posters and plush toys ideal to give a touch of color to children bedrooms; t-shirts, pin badges and accessories perfect for an original and jaunty look, to show off at school or in your free time.