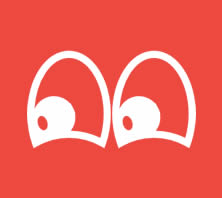 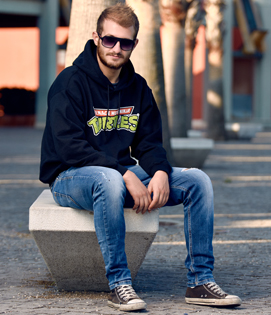 Homer, Bart and Marge Simpson, the Minions of Despicable Me, the Pokémon, Hello Kitty, Raphael, Donatello, Leonardo and Michelangelo of the Teenage Mutant Ninja Turtles, Finn and Jake of Adventure Time are some of the protagonists of the animated series most followed by young and old. In addition to having the incredible ability to glue in front of the screen a large and varied audience, the aforementioned characters contribute to the development of a merchandising full of gadgets and accessories that literally makes children lose their heads but also adult fans of animated series and various cartoons. On our online store the most visited section is dedicated to the Simpsons, the series created in the late '80s by Matt Groening with the aim of creating a satirical sitcom that had the American lifestyle as storyline, with all its excesses. The American television phenomenon owes its success to the humour with which the cartoonist, through the family protagonist, treats some aspects of society. Homer, selfish, irresponsible, stupid father, Marge, sweet, overprotective mother, Bart, rebellious, slightly hooligan firstborn, Lisa, the second-born smart and nonconformist, and Maggie, the youngest in the family, are the faces of the Simpsons that inspire posters, mugs, glasses, t-shirts, sweatshirts, plush toys, pillows and USB sticks and they are available within the various cartons category. Among the cult of the animation genre Hello Kitty deserves undoubtedly a place of honor. Produced by the Japanese company Sanrio, the white cat characterized by a red bow on the ear is a cheerful character, curious and generous; loves apple pies and the company of friends. Her tender and sweet face has inspired a huge variety of products until it became a global brand. The proposals of the store range from games to watches, from scooters to bicycles, from pillows to action figures. The section of the store dedicated to various cartoons reserves ample space for gadgets and accessories inspired by Adventure Time, a television series that tells the adventures of the twelve-year-old Finn and his dog with magical powers. The Teenage Mutant Ninja Turtles, Transformers and the yellow Minions of Despicable me are also available.

Hello Kitty
Merchandise
More brand
Follow us on
Newsletter Subscribe to our newsletter. Exclusive offers right away for you.