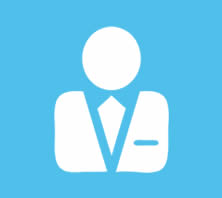 In the shop dedicated to famous people gadgets at MerchandisingPlaza you can find a wide selection of articles that reproduce the faces or quotes taken from the historical speeches of thinkers and philosophers, scientists, politicians and leaders. Gadgets of various types such as Gandhi posters, Nelson Mandela’s calendar or Albert Einstein’s face keychain, but also clothing such as t-shirts and sweat-shirts by Albert Einstein: all accessories inspired by celebrities who have remained impressed in the collective imagination for their discoveries or their civic and political commitment.

A poster of Albert Einstein is an interesting gift for a friend studying physics at university: a lot of fun is the maxi poster - 61 x 91.5 cm - that reproduces in series, as in a colorful collage pop art, the memorable shot that portrays the nonconformist German physicist in the act of sticking his tongue out. Do not miss, for fans of the genre, the image that shows on a sepia parchment some of his most famous statements about politics and society, with at the center always his mythical shot with a tongue. But in the store we also find key chains and mugs dedicated to Einstein: the ideal gift for a recent graduate, a physics enthusiast or simply a fan.

Among the articles of MerchandisingPlaza dedicated to famous personalities also stand out posters dedicated to non-violence theorists, such as Gandhi, or those of Nelson Mandela and Martin Luther King, two great leaders of civil rights movements in South Africa and the United States.

Nothing is better for a pacifist friend politically engaged than a black and white poster of Mandela immortalized during one of his historical speeches, or Martin Luther King in the act of pronouncing his memorable "I have a dream...”.

An entire section dedicated to the great figures that have made the history of the world and the articles that pay tribute to them.