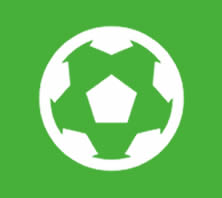 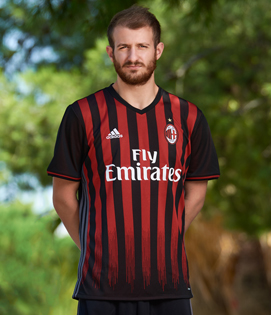 Italian Cup, Champions League, Serie A, Serie B, Derby, Scudetto fight, football market, are terms that we are offered every day by TV news, sports programs, newspapers and even by friends and colleagues who comment with anger, disappointment, joy and regret, matches and results of what in Italy is the most followed and practiced sport by young and old: we are obviously talking about football (soccer).
AS Roma, Juve, SSC Napoli, AC Milan, Inter Milan, but also English teams like Manchester United, Liverpool, Chelsea and Arsenal are just some of the teams featured in the football merchandising in the store.
A wide range of gadgets and accessories dedicated to current football champions and those who with their prowess have written the history of this exciting sport. For passionate fans, but also for simple amateurs, inside the shop there is a section entirely dedicated to football merchandising of one of the most titled teams in the world: FC Barcelona. Original, nice and all to collect the action figures of the players, the small statuettes with a big head depicting Messi, Iniesta, Valdes, Xavi and many other champions of the Spanish team, so much loved by young and old. In addition to posters and gadgets of various kinds, such as keychains, cups, flags and mobile phone covers, the online store offers a rich selection of t-shirts, shirts, tracksuits and shorts, available in different sizes, both for adults and children, to wear in combination with a daily-sporting outfit or during the performance of a sporting activity, be it football or any other discipline. The most popular articles of the football merchandising available on the store are undoubtedly the official shirts of the Italian and foreign teams; first shirt, second shirt, training, pre-match, with numbers and names of the players, are particularly loved by teenagers who like to show them off during games between friends. To complete the store, a rich selection of items and clothing for newborns; many bodysuits, soothers, bibs, rompers, sweatshirts and outfits made for future fans.

Chelsea
Merchandise
More brand
Follow us on
Newsletter Subscribe to our newsletter. Exclusive offers right away for you.