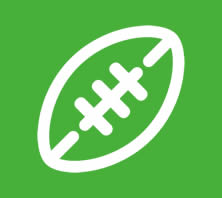 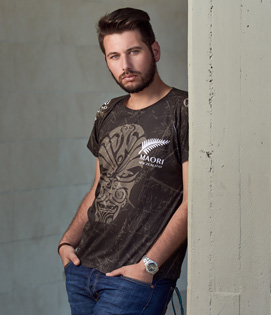 Rugby falls into the category of sports considered by the collective imaginary, or at least by those who do not know, do not follow and do not love the game, as violent. Nothing could be more false; those who follow or practice this particular sport with passion know it well. Rugby is a "contact" sport, governed by strict and essential rules; it requires a collective vision of the game and does not admit individualism. Its origins probably date back to 1823, the year in which in an English college the student William Webb Ellis, during a football game, took the ball with his hands instead of his feet. It all happened in a school in the city of Rugby from which the sport takes its name. English par excellence, it has gradually spread around the world. Currently around the 6 Nations teams, international tournament of rugby to 15, rotates a merchandising full of gadgets, balls, sweatshirts, tracksuits and jerseys. You will find in the store, in the section dedicated to rugby, accessories, t-shirts and shirts of the legendary All Blacks, the New Zealand national team considered the strongest in the world. Anyone, even those who do not follow this sport, knows the 'Haka', the typical Maori dance that the team performs to intimidate opponents before every match.
The black shirts with the silver fern, symbol of the team and of New Zealand, combined with shorts and shoes, are available for both adults and children. Although in Italy it is not really the most popular sport, starting from the successes achieved by the Italian National Rugby in the late 90s, and from the participation in the tournament of the 6 Nations, it has become a reality rather followed also in the Bel Paese. The merchandising and accessories selection related to rugby includes t-shirts, shirts and polo shirts not only of the Italian National Team but also of those of England, Scotland and the team of Leicester Tigers, the English club that in just seven years has won two Heineken Cup and five English championships.

Ireland Rugby
Merchandise
More brand
Follow us on
Newsletter Subscribe to our newsletter. Exclusive offers right away for you.